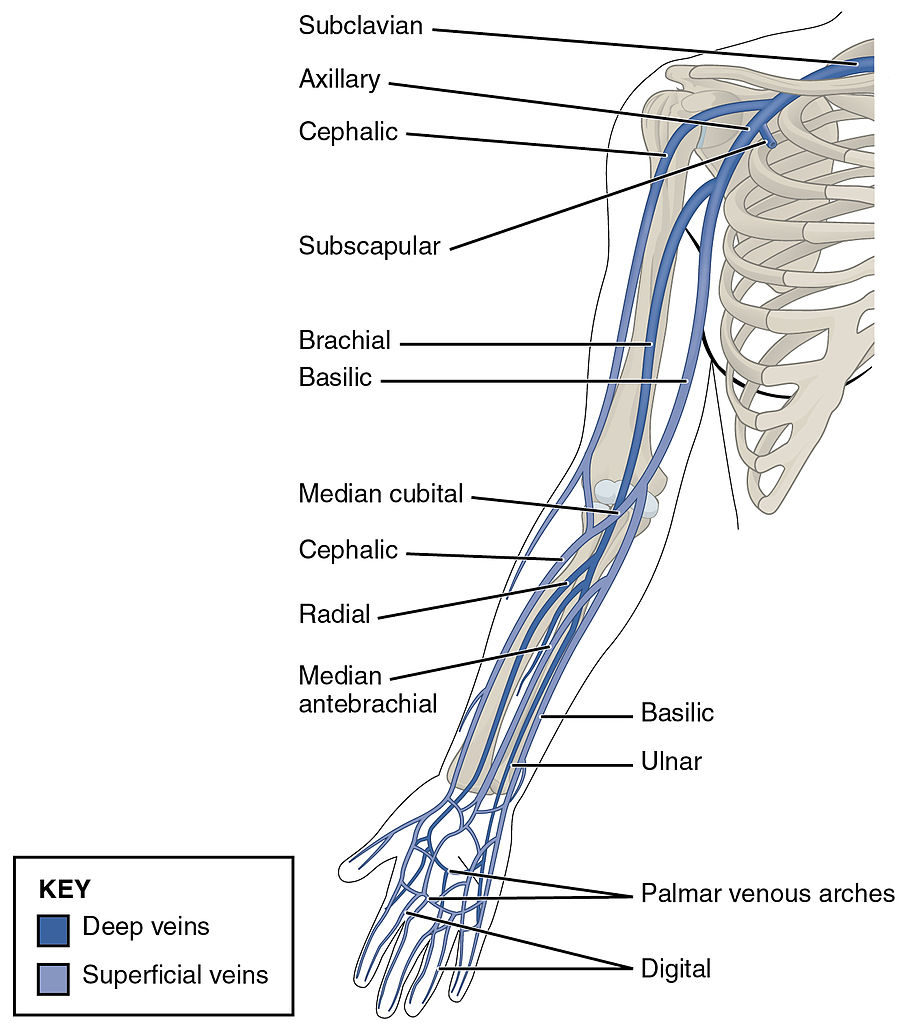 Veins of the Arm and Cubital Fossa

The two foremost superficial veins of the arm are the cephalic and basilic veins.

This vein is further located in the superficial fascia and passes on the medial side of the inferior component of the arm.

This vein forms the interface between the basilic and cephalic veins in the cubital fossa.

Veins of the Hand