Type 1 Diabetes: Type 1 diabetes mellitus, is a disease in which the pancreas produces too little insulin to meet the body’s needs. Treatment of type 1 diabetes is to keep a balance of the right amount of insulin to keep blood glucose levels from being either too high or too low. There is no cure and it cannot be prevented. 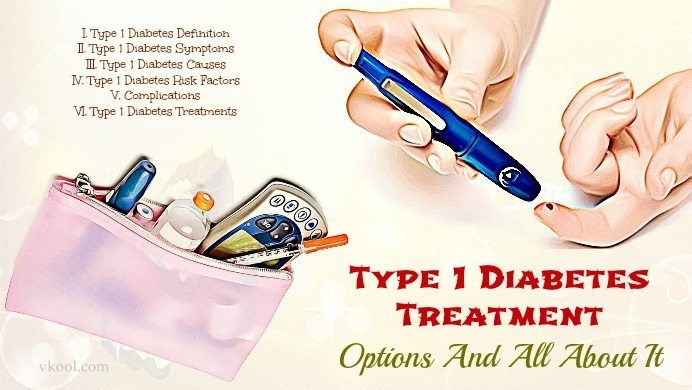 Insulin injected subcutaneously is the first-line treatment for type 1 diabetes mellitus (DM). The different types of insulin-Short-acting, intermediate-acting, and long-acting insulins are available. Short-acting and rapid-acting insulins are can be administered intravenously (IV). Human insulin currently is the only species of insulin available in the United States of America; it is slight antigenic than the earlier used animal-derived varieties.

Types of insulin are many and include:

Other medications for Type 1 Diabetes