Tensor Fasciae Lata: The tensor fasciae lata(TFL) is a small superficial muscle of the thigh which lies towards the anterior edge of the iliac crest. It is related to the gluteus maximus in function and structure and is continuous with the iliotibial tract, which attaches to the tibia. The muscle assists in maintaining the balance of the pelvis while running, standing, or walking.

Insertion: It inserts into the iliotibial tract, which itself connects to the lateral condyle of the tibia. 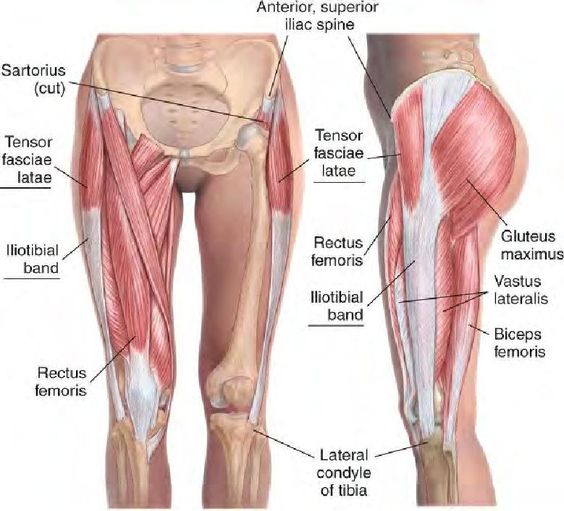 Function: Assists the gluteus medius and minimus in the abduction and medial rotation of the lower limb. It also performs a supportive role in the gait cycle.

Muscles of the Lower Limb