Sciatic Nerve: The sciatic nerve is a long nerve in humans. Sciatic nerve begins in the lower back and travels through the buttock and down the lower limb. The sciatic nerve provides the connection to the nervous system for nearly the whole of the skin of the leg, the muscles of the back of the thigh, and those of the leg and foot. It originates from spinal nerves L4 to S3. It receives fibers from both the anterior and posterior divisions of the lumbosacral plexus.

Sciatic Nerve Course: The sciatic nerve originated from the lumbosacral plexus. After its formation, it transmits the pelvis and penetrates the gluteal region via greater sciatic foramen. It begins inferiorly to the piriformis muscle and drops in an inferolateral direction.

Inside the posterior thigh, the nerve gives rise to branches to the hamstring and adductor Magnus muscles. When the sciatic nerve enters the apex of the popliteal fossa, it terminates by bifurcating within the tibial and common fibular nerves. 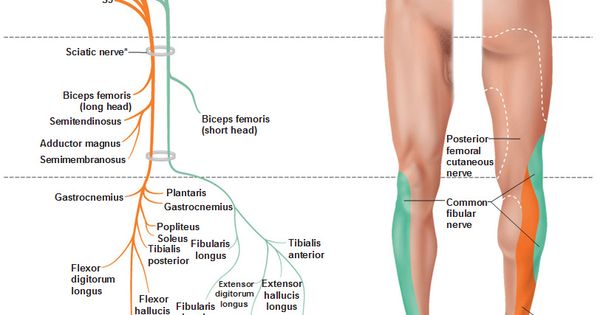 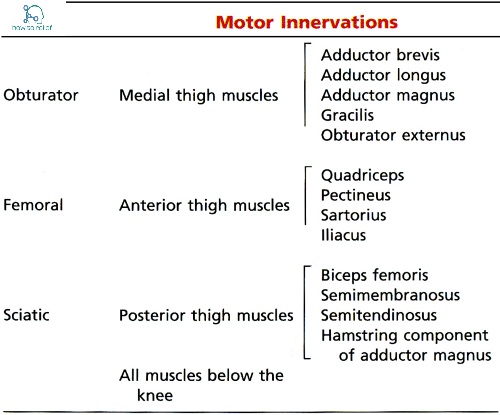 The sciatic nerve does not hold any primary cutaneous functions. It does give secondary sensory innervation via its terminal branches:

Common fibular nerve – Innervates the lateral leg and the dorsal surface of the foot.

Tibial nerve – Innervates the posterolateral and anterolateral sides of the leg and the plantar surface of the foot.