Respiratory System: The respiratory system is a biological system consisting of organs used for gas exchange. Gas exchange in the lungs happens in millions of small air sacs called alveoli. These microscopic air sacs have a rich blood supply, thus bringing the air into close contact with the blood.

These air sacs communicate with the external environment via a system of airways, which is the trachea, which branches in the middle of the chest into the two main bronchi. Air has to be pumped from the environment into the alveoli by the process of breathing which involves the muscles of respiration. 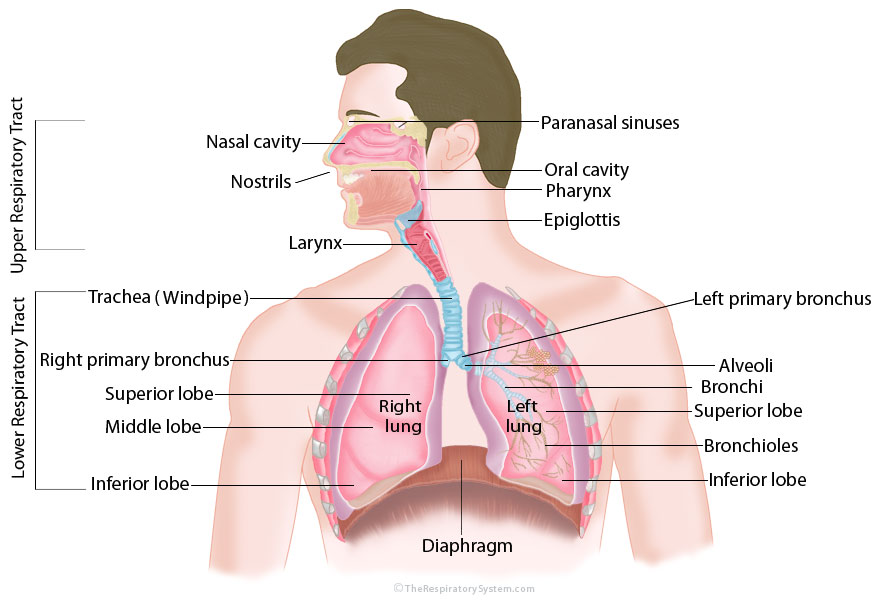 Nose and Nasal Cavity
The nose is the initial opening for the respiratory system, made of bone, muscle, and cartilage. The nasal cavity is congested with mucous membranes and hairs.

The major entrance and exit for the respiratory system are through the nose. The nasal cavity warms the air, acting as filtration and purifying the air by removing any pollen, dust, and other contaminants before it reached to the inner body. 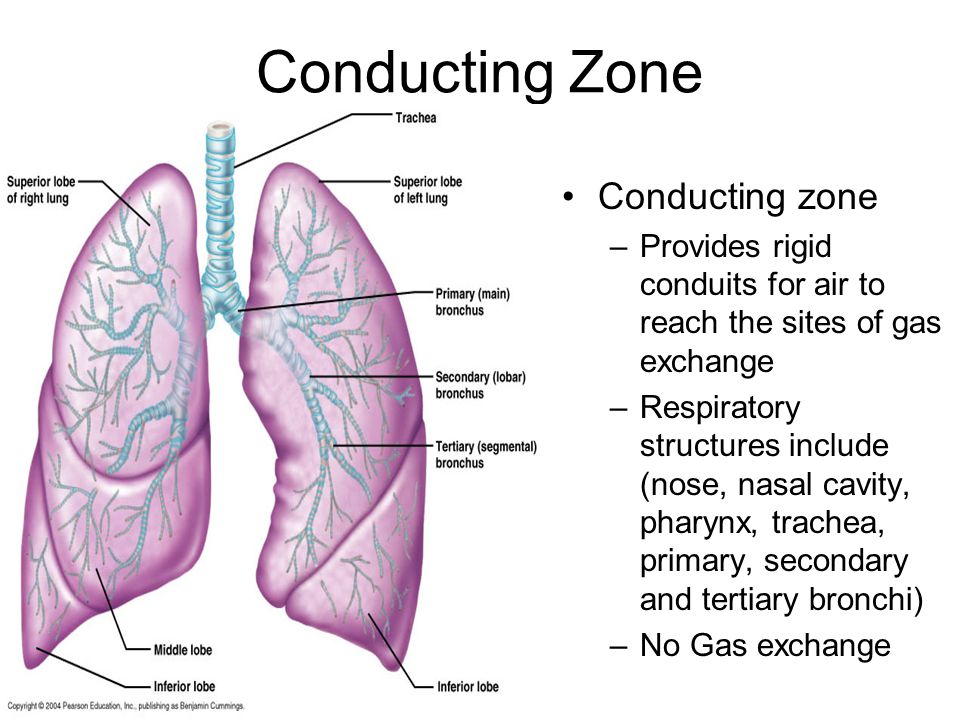 Mouth
The mouth(oral cavity) is the secondary exterior opening for the respiratory system. Generally, the bulk of respiration is achieved via the nose and nasal cavity, but the mouth can be used if demanded.

Inhaling air through the mouth allows more inhalation. The air further has less distance to drive, indicating more air can enter your body and be used faster. The oral cavity has no hairs or filtering techniques, suggesting the air you inhale does not support the filtration process.

Pharynx
The pharynx(throat) is a funnel of muscle that continues from the respiratory openings to the oesophagus and larynx.

Larynx
The larynx(also known as the voice box) is settled below the pharynx, in the anterior portion of the neck.
Apart from allowing the ability of speech, the larynx also works as a defence mechanism. If any food reaches into the oesophagus during swallowing, the larynx provides a strong cough reflex.

Trachea
The trachea(Also known as the windpipe) is a tube made of cartilage rings that are filled with pseudostratified ciliated columnar epithelium.

The principal respiratory function of the trachea is to render a clear and unhindered airway for air to enter and exit the lungs. Inside the trachea, small hairs stay in the inner walls. These hairs capture dust and other contaminants from inhaled air, that are later expelled via coughing.

Bronchi
The bronchi are two tubes deriving off of the end of the trachea. Individually tube is connected to a lung.

The bronchi join the windpipe to the lungs, providing air from external respiratory openings to transfer efficiently into the lungs. Once in the lungs, the bronchi produce to branch out within secondary, smaller bronchi, coined tertiary bronchi. 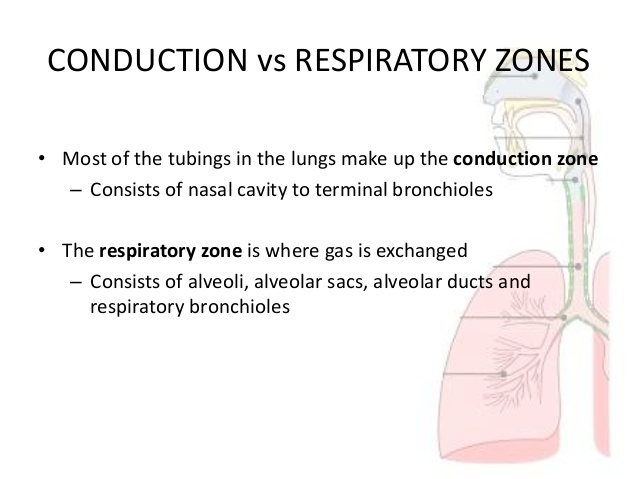 Alveoli have remarkably thin walls, that permits the exchange of oxygen and carbon dioxide to take the position within the lungs. There are considered to be three million alveoli in the normal lung.

Diaphragm
The diaphragm is an essential muscle of respiration that is located beneath the lungs.

The diaphragm contracts to increase the space within the thoracic cavity, whilst pushing a few inches inferiorly within the abdominal cavity. Whilst this is occurring, the intercostal muscles more contract, that moves the rib cage up and out. The contractions force air into the lungs, by producing a negative pressure within the expansion.