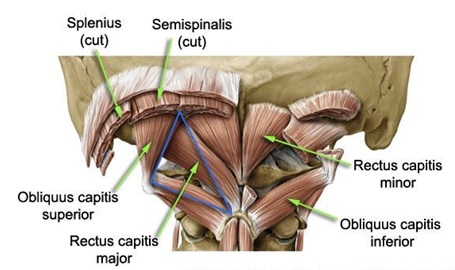 Origin: Tip of the spinous process of the axis (C2).
Insertion: It inserts into the lateral part of the inferior nuchal line of the occipital bone.

Function: Extension and rotation of the head.