Obturator Nerve: The obturator nerve is a principal peripheral nerve of the lower limb. The obturator nerve originates from the ventral divisions of the second, third, and fourth lumbar nerves in the lumbar plexus.
Nerve roots: L2-L4
Sensory: Cutaneous branch innervates the skin of the medial thigh.
Motor: Innervates the medial (adductor) compartment of the thigh muscles. 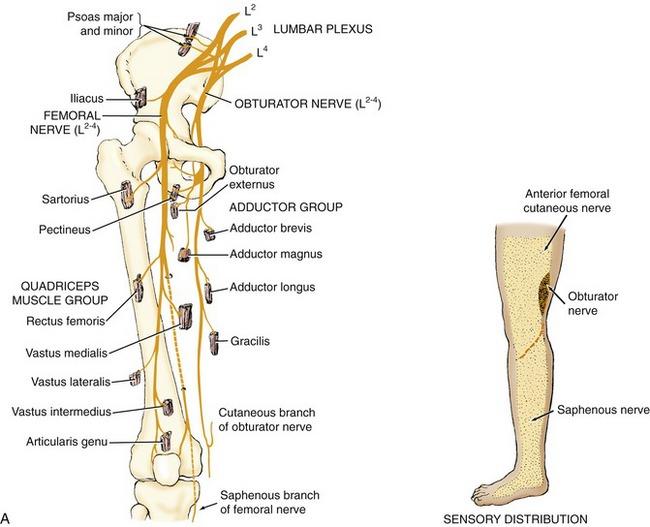 Anatomical Course of the Obturator Nerve

The obturator nerve is produced by the anterior divisions of the second, third and fourth lumbar nerves. It penetrates into the fibers of the psoas major muscle and emerges from its medial border, running posteriorly to the common iliac arteries and laterally along the pelvic wall to the obturator foramen. It then enters the thigh within the obturator canal and splits into anterior and posterior divisions.

The posterior division descends within the obturator externus muscle before passing anteriorly to adductor magnus muscle and giving off branches to supply it.

Function of the Obturator Nerve 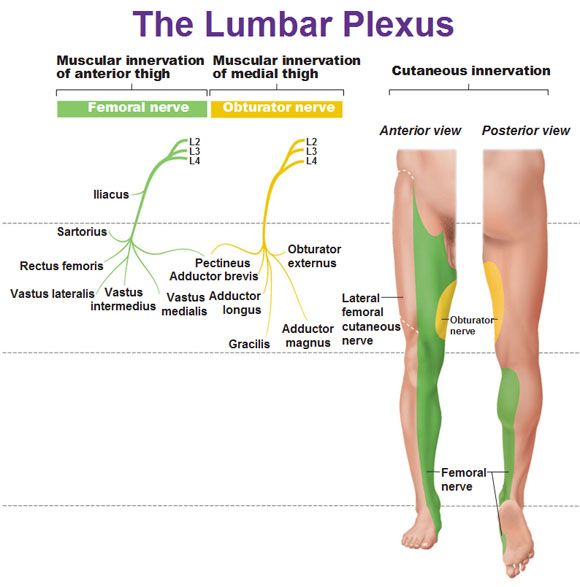 The obturator nerve innervates all the muscles in the medial compartment of the thigh but the hamstring part of the adductor magnus, that is innervated by the tibial nerve.

The cutaneous branch of the obturator nerve provides the skin of the middle part of the medial thigh.