Medulla: The English word ‘Medulla’ derives from the Latin word ‘medius’ meaning ‘middle’ or ‘core’ or ‘marrow’. Medulla often implies a deep region within a structure, such as the renal medulla or the medulla of the adrenal gland.

Medulla was the word Vesalius used for the spinal cord, inspired perhaps by the name the Greeks favored: myelos rachites, “marrow of the spine”. Indeed, the soft neural tissue of the spinal cord within the vertebral canal of the spinal column does remind one of marrow present in the hollow shaft of a long bone (in the space appropriately called the medullary cavity). Conus medullaris (conus terminalis or medullary cone) is the cone-shaped lower part of the spinal cord. 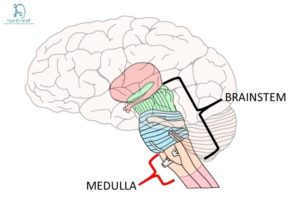 “Marrow” or medulla still appears in many English dictionaries as an alternative name for the spinal cord, though this definition has been long since discarded by anatomists.

In spite of being connected to the brain, it is the spinal cord that’s referred to as medulla oblongata. The term was first used by the German anatomist Lorenz Heister in 1740 and it’s not clear why: its meaning does not make a lot of sense (“oblong-shaped spinal cord” or as some translate it, “rather long spinal cord”) and there had been a reasonable term in use earlier, the medulla prolongata, which does make sense (“spinal cord extension”). Nonetheless, medulla oblongata became established while medulla prolongata disappeared.

Heister’s original use of the term was for the entire brain stem. In 1750, the Swiss anatomist Albrecht von Haller restricted the use to its present meaning: the thumb-size segment of brain stem continuous with the spinal cord.

Blood supply of the Medulla

Medulla is supplied by a number of arteries.

Posterior inferior cerebellar artery: This is a main branch of the vertebral artery, and provides the posterolateral part of the medulla, where the main sensory tracts run and synapse. It additionally supplies part of the cerebellum. 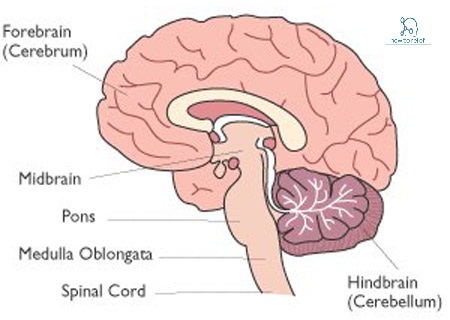 Anterior spinal artery: This supplies the entire medial part of the medulla oblongata.

Function of the Medulla

The medulla oblongata joins the higher levels of the brain to the spinal cord and is responsible for several functions of the autonomous nervous system that include:

Where To Get Blood Work Done For Free

Free Medical Equipment For Disabled Near Me

How Much Is An ER Visit Without Insurance