LASER is an acronym for the words light amplification stimulated emission radiation. The treatment unit may combine a helium-neon laser that produces the red light beam at 630nm with an infrared laser at 940nm. Low-level laser therapy (LLLT) is applied by physiotherapists to treat various musculoskeletal conditions. LLLT is a non-invasive light source treatment that generates a single wavelength of light. It emits no heat, sound, or vibration. It is also known as photobiology or bio-stimulation.

LLLT affects the function of connective tissue cells, speeds up connective tissue repair, and acts as an anti-inflammatory agent. Wavelengths between 660 nm and 905 nm can penetrate the skin and soft/hard tissues. This combination allows the infrared part of the beam to penetrate deeply into the tissue without producing heat.

The following are list LASER types and their applications. We know thousands of kinds of LASER, but they use most of them only for specialized research.

Power LASER—It is used for destructive or surgical purposes.
Soft LASER—It has a very superficial effect and is used principally for treating the skin.
Mid LASER—Its depth of penetration is sufficient to produce the biological effect on deeper tissue without damaging. 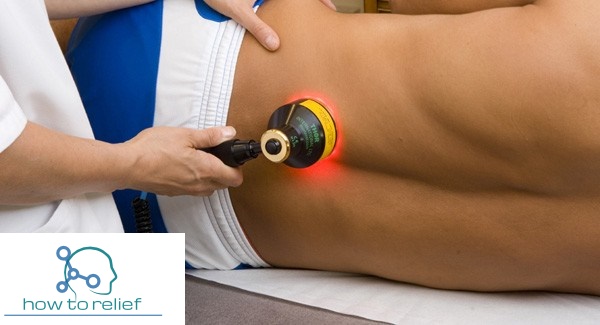 The effects of the LLLT which are notable for physiotherapy and makes this useful to enhance other treatments as the therapeutic exercise. Decrease inflammation within hours to days. LLLT stimulates cell proliferation of fibroblasts, endothelial cells, keratinocytes, and lymphocytes.

We find recent research, both laboratory-based & clinical trials, to concentrate on a few key areas. The most dominant is wound healing, soft tissue injury, inflammatory arthropathies, and the relief of pain. There is supporting research for the clinical use of LLLT in these and other circumstances, but as with many treatment modalities, the evidence is somewhat questionable at the present time.

Do not try LASER beams into the eyes and everybody present should wear appropriate safety spectacles. Do not deal with the site of any known primary carcinoma or secondary metastasis. Do not operate directly over the developing fetus. Low frequency pulsed visible light (<30Hz) might provoke a seizure in photosensitive with an epileptic patient. It has reported the adverse effects of LLLT to be no different from those reported by patients exposed to placebo devices in trials.

There are a few cautions with low-level LASER therapy. It requires eye protection for both the patient and therapist. Wear protective eyeglasses during laser therapy; looking directly at the light can harm your retinas.

Following are the list of some popular brand LASER therapy-