Gout Arthritis: Gout is an inflammatory condition of a joint characterized by recurrent attacks of a red, tender, hot, and swollen joints, and it’s caused by having sodium urate crystals in the joints. Attacks of gout usually come on very quickly, often during the night. The joint at the base of the big toe is affected in about half of the cases. 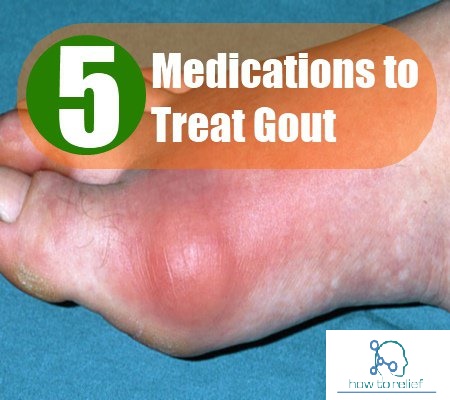 The crystallization of uric acid relatively high levels(hyperuricemia) in the blood, is the cause of gout. This may occur because of diet, genetic predisposition, or underexcretion of urate, the salts of uric acid.

Uric acid is a substance that customarily forms when the body breaks down purines, which are found in human cells and in many foods. Uric acid is transported by the blood to the kidneys and eliminated in the urine. However, either some people overproduce uric acid or they engender a normal amount, but kidneys can’t process it efficiently and excess of uric acid builds up.

Lifestyle factors, such as the diet high in certain high-purine foods, overweight and excessive alcohol drinking also can contribute to the development of hyperuricemia and gout.

The first symptom of gout in many people is excruciating pain and swelling in big toe – often following a trauma, such as illness or injury. Gout may additionally appear in another lower-body joint, such as ankle or knee joint. Subsequent attacks can occur off and on in other joints, primarily the foot and knee, before chronic condition.

Gout customarily affects one joint at a time, but if left untreated it may affect many joints. Joint pain that resolves in a week to 10 days could become a milder, but constant pain. Eventually, untreated gout can cause other problem, such as Tophi – painless but disfiguring lumps of crystals composed of uric acid may develop under the skin around joints. The crystals may also form kidney stones.

Gout is associated with other earnest health risks such as high blood pressure, chronic kidney disease, diabetes, and cardiovascular disease. 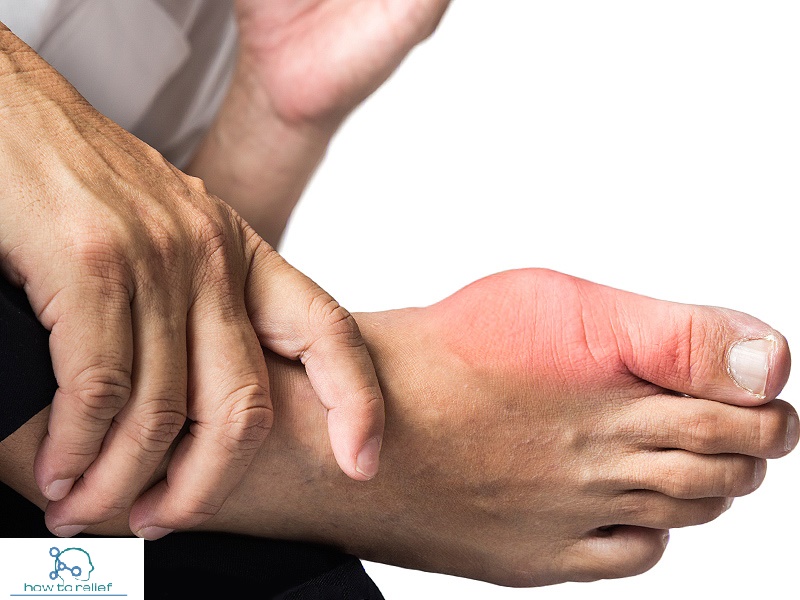 Your physicians may suspect gout based on symptoms. Sometimes further tests are needed to confirm the diagnosis and rule out the other possible causes.

Your physicians may ask about your symptoms and medical history and examine affected the area, to make a diagnosis.

They may also ask about your diet, particularly intake of beer, and foods high in purines, such as red meat and seafood.

A sample of fluid taken from the affected joint. The fluid checked for the small crystals that cause gout, and it can be tested for infection to rule out septic arthritis.

Serum uric acid test may be used to measure the amount of uric acid in the blood. High level OF uric acid is often associated with gout.

X-ray is rarely used to diagnose gout because the condition isn’t usually detectable using this method.

An Ultrasound scan of the affected joint is a simple and safe investigation that’s used to detect crystals in the joints. It can also detect crystals that are deep in the skin that isn’t obvious during a physical examination.

NSAIDs are frequently used to relieve pain and swelling of an acute gout episode and can shorten the attack, especially if taken within first 24 hours.

Corticosteroids(such as prednisone) can be taken by mouth or injected into the inflamed joint to relieve the pain and swelling of the acute gout attack.

Cochicine helps to relieve the pain and swelling of acute attacks. Most common side effects are diarrhoea, nausea, and abdominal cramp, but more severe side attacks may occur.

Medications that lower uric acid is intended to prevent gout attacks and keep the condition from becoming chronic. Your physicians can prescribe an anti-inflammatory medication such as a low, along with one of the medications below for the first six weeks to 12 months to prevent attacks.

Allopurinol can reduce the production of uric acid. It is often prescribed at a low daily dose at first, with gradually increasing the dose over time.

Febuxostat may be an option if develop side effects from allopurinol or have kidney disease. Febuxostat decreases the amount of uric acid made in the body. Febuxostat is started at a lower dose, with gradually increasing the dose over time.

Probenecid acts on the kidneys to eliminate uric acid. Probenecid is taken daily and may be combined with antibiotics to boost effectiveness and side effects include kidney stones, nausea, skin rash, stomach upset and headaches.

Lesinurad is an oral drug that eliminates uric acid. It’s used with allopurinol or febuxostat, to enhance the effects for people whose gout is not controlled and side effects include a headache, flu symptoms, increased blood creatinine, gastroesophageal reflux disease, and kidney stones.

Foods that avoid for Gout