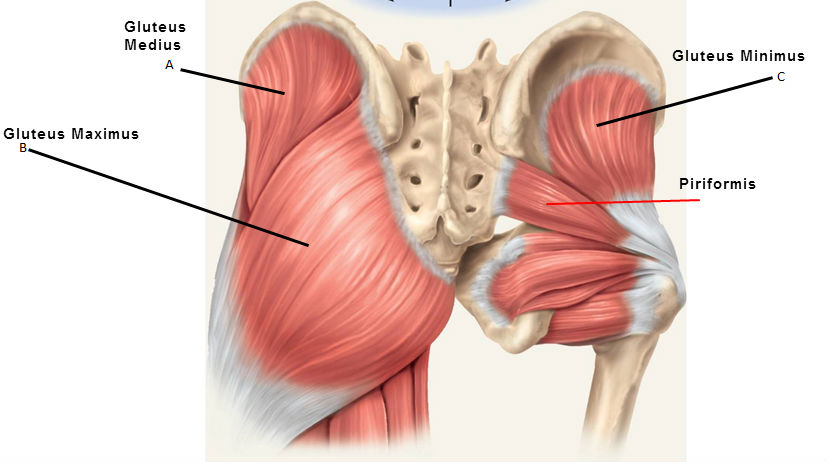 Origin: Originates from the gluteal surface of the ilium.

Insertion: Inserts into the lateral surface of the greater trochanter of the femur.

Function: Abducts and medially rotates the lower limb. During locomotion, it secures the pelvis, limiting the pelvic drop of the opposite limb (the posterior fibers of the gluteus medius are further produced a little amount of lateral rotation).

Gluteus medius maintaining single-leg stance is required when walking and running. While a limb is take off the ground then the pelvis on the opposite side will tending drop through loss of support from below. Gluteus medius serves to maintain the side of the pelvis that drops, and allowing the other limb to swing forward for the next step.

Gluteus medius further supports the pelvis during gait by rotation of the hip with assistance from gluteus minimus and tensor fascia lata. Therefore, the hip is supported during the stance phase by working on the same side.

The Trendelenburg sign is when the gluteus medius muscle is unable to work efficiently due to pain, weakness, or poor mechanics. The pelvis will drop on the opposite side due to the weakness. A trunk compensation is often seen with a Trendelenburg gait.