All women are tested for gestational diabetes as part of the 24-28 week routine examination with their physicians. 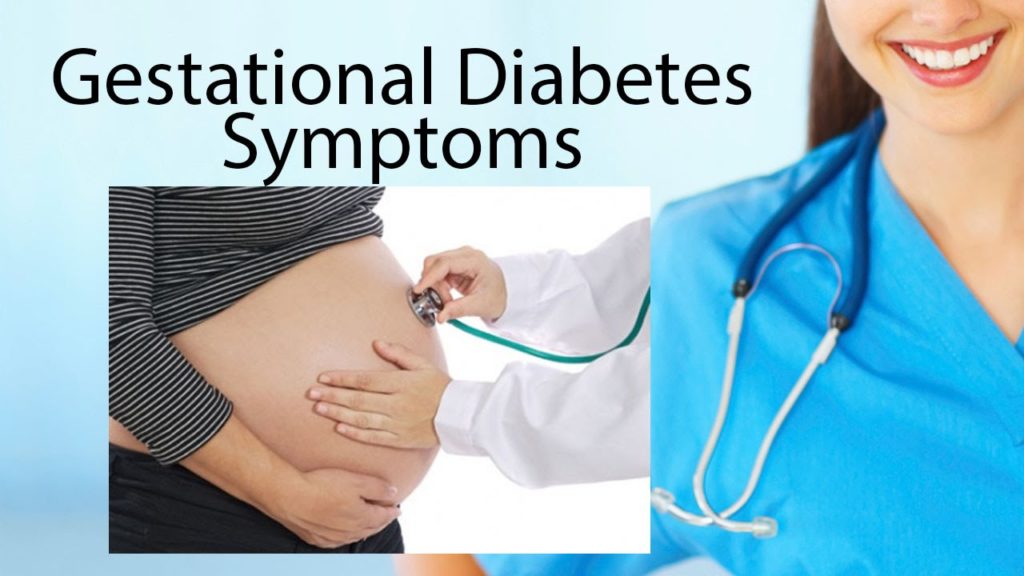 Gestational diabetes during pregnancy predispose some women to become resistant to insulin. Insulin is a hormone made by the pancreas that allows the body to effectively metabolize glucose for later use as energy. While levels of insulin are low, or the body cannot adequately use insulin (i.e., insulin resistance), blood glucose levels rise.

Gestational diabetes doesn’t usually cause any symptoms. Some women may develop symptoms if their blood sugar((hyperglycemia)) level gets too high, such as:

Blood sugar levels can be reduced by changes in diet and exercise.  If your eating plan and physical activity aren’t enough to keep your blood glucose in your target range, you may need insulin.

You’ll also be more exactly monitored during your pregnancy and birth to review for any possible problems.

If you have gestational diabetes, it’s healthiest to give delivery before 41 weeks. Induction of labour or a cesarean section may be suggested if labour doesn’t start naturally by this time.

Earlier delivery may be suggested if there are concerns about your or your baby’s health or if the blood sugar levels haven’t been well managed.

Women with gestational diabetes who proper manage sugar level go on to deliver healthy babies. Though, if you have persistently raised blood glucose levels throughout pregnancy, the fetus will also have elevated blood glucose levels. High blood glucose can generate the fetus to be larger than normal, maybe making delivery more complicated. The baby is also at risk of having low blood glucose (hypoglycemia) immediately after birth. Other dangerous complications of the newborn can include a higher risk of jaundice, a risk for respiratory distress syndrome, and a higher chance of dying before or following birth. The baby is also at a higher risk of becoming overweight and progressing type 2 diabetes later in life. 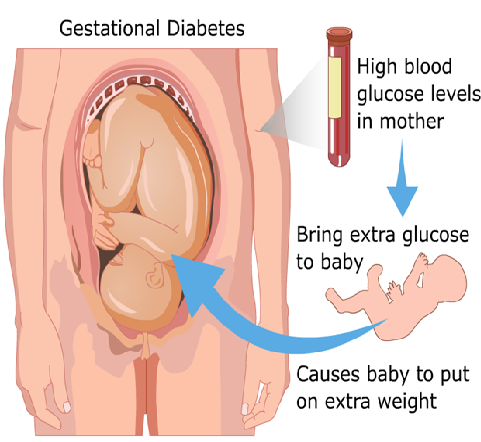 Complications of gestational diabetes for the mother-