Foot Muscles: The muscles of the foot can be separated into two distinct groups; extrinsic and intrinsic muscles. 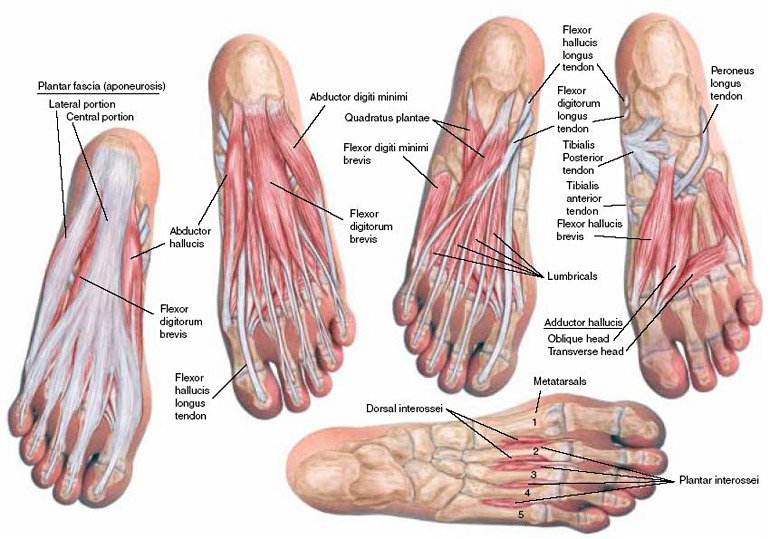 Dorsal Aspect of the Foot 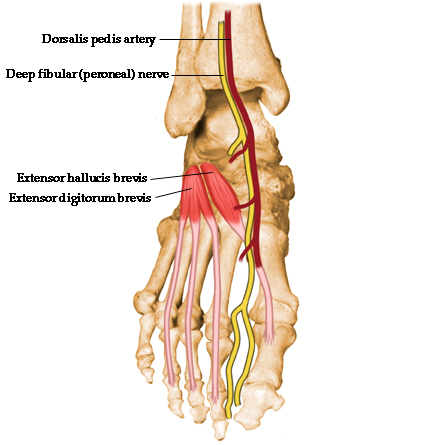 Plantar Aspect of the Foot

The muscles of the plantar aspect are described in four layers (superficial to deep).

Muscles of the Lower Limb