Femoral Nerve: The femoral nerve is one of the major peripheral nerves in the thigh that supplies skin on the upper thigh and inner leg, and the muscles that extend the knee. The femoral nerve is the largest segment of the lumbar plexus and originates from the dorsal divisions of the ventral rami of the second, third, and fourth lumbar nerves (L2-L4). 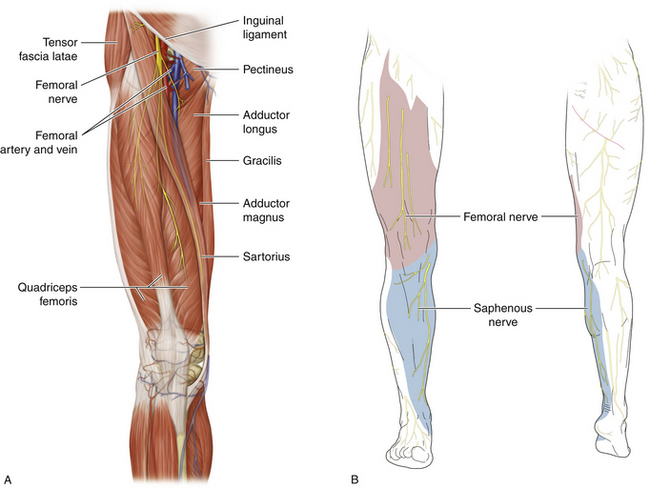 Anatomical Course of the Femoral Nerve

It penetrates into the fibers of the psoas major, emerging from the muscle at the lower part of its lateral border, and crosses down within it and the iliacus muscle, behind the iliac fascia; it later runs beneath the inguinal ligament, within the thigh, and divides into an anterior and a posterior division. It crosses within the femoral triangle lateral to the femoral vessels and gives off articular branches to the hip and knee joints.The terminal cutaneous branch of the femoral nerve is the saphenous nerve that continues, with the femoral artery and vein, within the adductor canal. 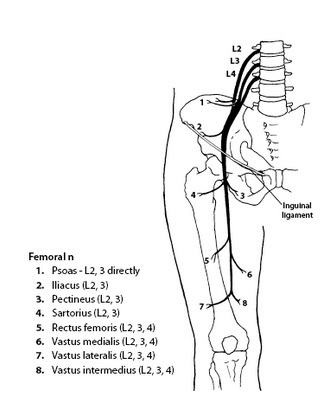 Under the inguinal ligament, it is separated from the femoral artery by a portion of the psoas major muscle.

Functions of the Femoral Nerve 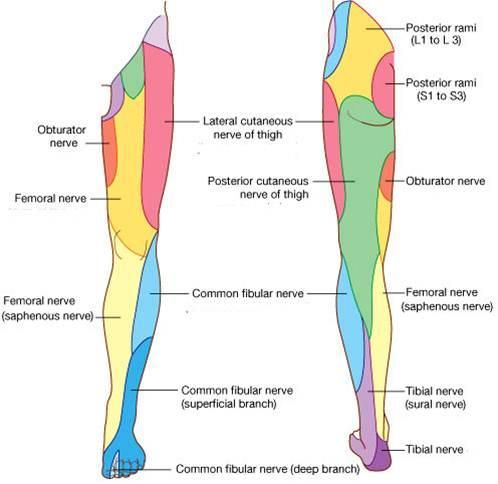 The first cutaneous sections of the femoral nerve are the anterior cutaneous that appear in the femoral triangle. They supply the skin on the anteromedial of the thigh.

The other cutaneous branch is the saphenous nerve that supplies the skin on the medial side of the leg and the foot.