Endocrine System: The glands that produce hormones and regulate metabolism, tissue function, growth and development, sexual function, reproduction, sleep, and the mood is known as the endocrine system. 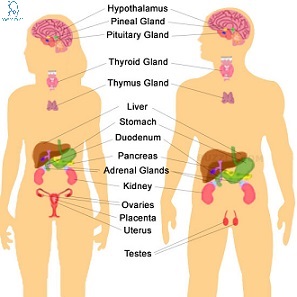 Function of the Endocrine System

The main function of the endocrine glands is to secrete hormones directly into the bloodstream. Hormones are chemical substances that serve as messengers, controlling and coordinating activities throughout the body.

Hormones control the function of the entire organs, such as growth and development, reproduction, and sexual characteristics. Hormones also influence the way the body uses and stores energy and control the volume of fluid and the levels of salts and glucose in the blood. Very small amounts of the hormones can trigger very large responses in the body. 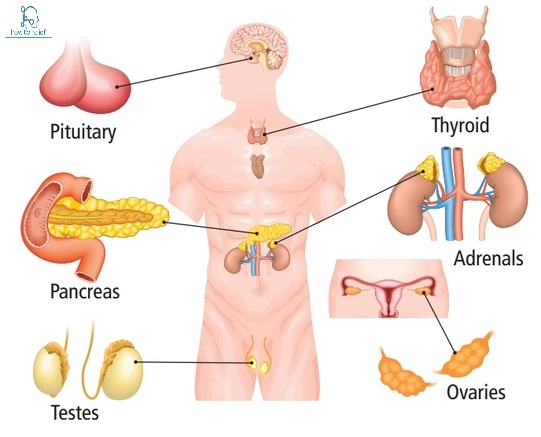 Although, each type of hormone influences only certain organs and tissues. Some hormones affect only one or two organs, whereas others influence throughout the body. For instance, thyroid-stimulating hormone, produced in the pituitary gland, affects only in the thyroid gland. Thyroid hormone that produced in the thyroid gland, affects cells throughout the body and is involved important functions in regulating the growth of the cells, controlling the heart rate, and affecting the speed at which calories are burned. Insulin, secreted by the islet of the pancreas, that affects the processing (metabolism) of glucose, fat, and protein throughout the body.

Diseases of the Endocrine System