An EMS machine may be effective in the initial phase of muscle strengthening. The electrical current may additionally assist pain relief, like a TENS unit machine, but pain relief is not it’s the chief purpose. In the United States, Electrical muscle stimulation machine or known as EMS devices are regulated by the U.S. Food and Drug Administration (FDA). 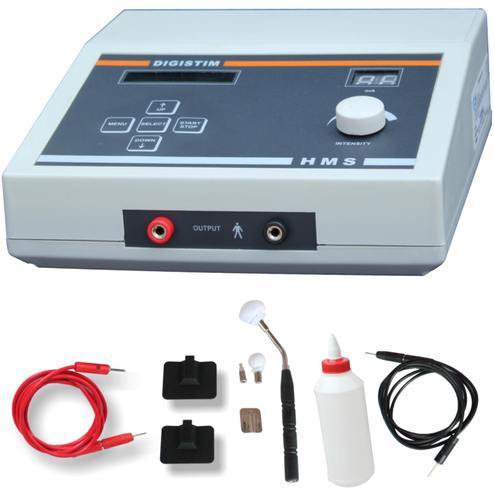 Electrical muscle stimulation ( EMS) has received an increasing amount of attention in the last few years for following many reasons:

The impulses in the electrical stimulation machine are generated by a device and are delivered within the electrodes on the skin near to the muscles being stimulated. The electrodes are usually pads that adhere to the skin. The electrical impulses mimic the action potential that comes from the central nervous system, initiating the muscles to contract. The use of Electrical stimulation machine has been cited by sports scientists as an integral technique for sports training.

One potential reason is, when you maximally contract a muscle, only a 30% of all your muscle fibers are in a state of contraction and the remaining 70% are dormant and awaiting recruitment when the contracting fibers fatigue. With Electrical Muscle Stimulation you can potentially electrically stimulate these resting muscle fibers to improve their strength. Clinically, muscle stimulator appears to be more effective when the muscles are very weak and you have difficulty performing any normal anti-gravity exercises.

Another reason that Electrical Muscle Stimulation potentially works in the speed of motor unit activation. The simple explanation is, it takes approximately 10000 repetitions for your brain to learn how to quickly send a message to your muscles via the quickest nerve pathways.
This contraction pattern of your muscle is recruited the quickest way to that muscle. Muscle stimulator can potentially provide you with repeated contractions to accelerate this learning process.

You must consult your local physiotherapist who specializes in Electrical muscle stimulation muscle retraining prior to using an EMS machine. 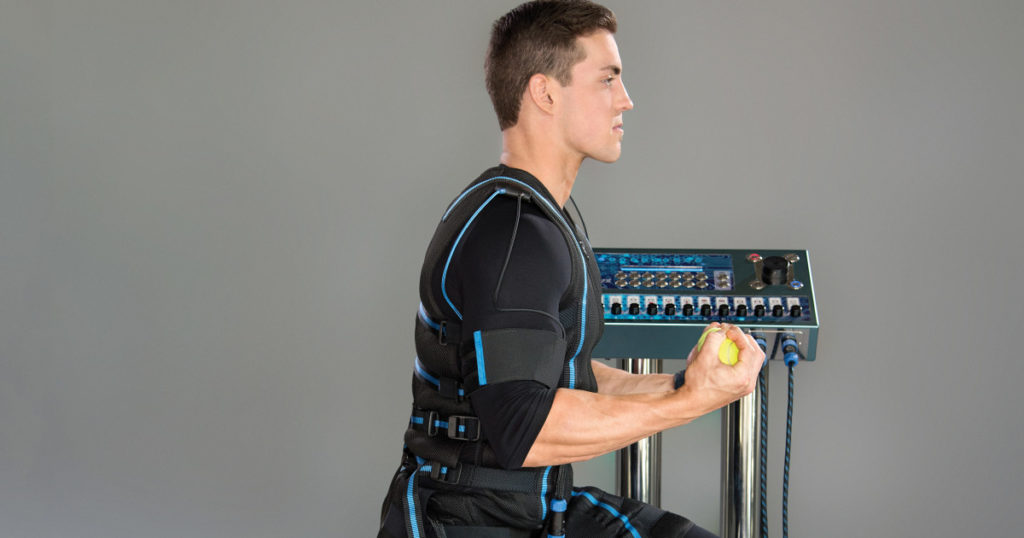 The FDA refuses certification of Electrical muscle stimulation devices that claim weight reduction.EMS devices cause a calorie burning that is marginal.T he calories are burnt significant amount while your body is involved in physical exercise: various muscles, heart, and the respiratory system are all engaged at once.

Luigi Galvani (1761) gave the first scientific evidence that current can stimulate the muscle. During the 19th and 20th centuries, researchers analyzed and documented the accurate electrical properties that generate muscle movement. In the 1960s, Soviet sports scientists applied Electrical Muscle Stimulation in the training of elite athletes, claiming 40% force gains. In the 1970s, these investigations were shared during conferences with the Western sports establishments. However, results were contrary, perhaps because the mechanisms in which EMS worked were poorly understood. Recent medical physiology study pinpointed the mechanisms by which electrical muscle stimulation produces the adaptation of cells of muscles, blood vessels, and nerves.