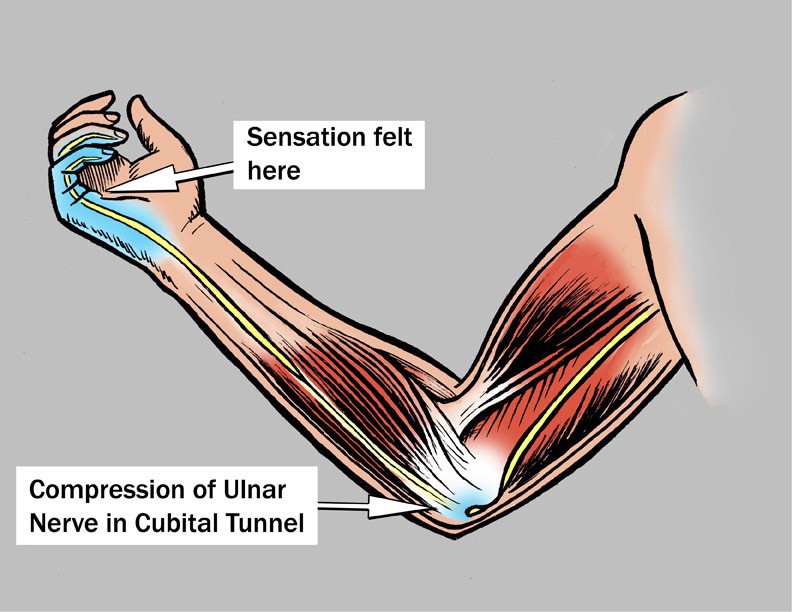 There are a few causes of this ulnar nerve problem.  One common cause of the Cubital Tunnel Syndrome is the frequent bending of the elbow, such as pulling levers, reaching, or lifting. There are various things that can cause stress on the nerve at the elbow-

The nerve has little padding over it. While bend your elbow, the ulnar nerve stretch around the boney ridge of the medial epicondyle, this stretching can irritate the nerve, keeping your elbow bent for long periods or frequently bending elbow can make painful symptoms. This can occur during sleep.

The nerve can be irritated from bending an elbow while you sit at a desk or from using the elbow rest during a long drive or while running machinery. The ulnar nerve can also be injured by a blow to the cubital tunnel.

Cubital tunnel syndrome can induce an aching pain on the inside of the elbow. Maximum of the Cubital tunnel syndrome symptoms occur in your hand, can cause pain, loss of sensation, tingling, and weakness. “Pins and needles” are usually felt in the ring and small fingers. Symptoms are often felt while the elbow is bent for a long period, such as while holding a phone or while sleeping. 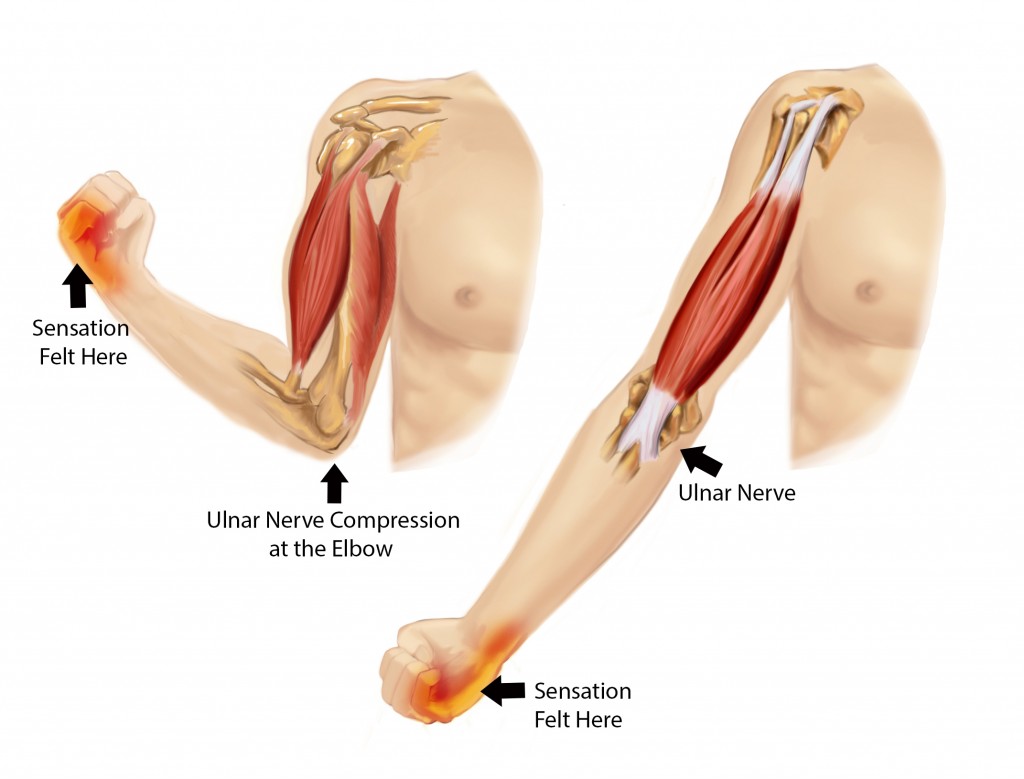 Some people with Cubital tunnel syndrome feel the weakening of the grip and difficulty with finger coordination, muscle wasting in the hand. These symptoms are usually seen in more severe cases of ulnar nerve compression.

For diagnosis Cubital Tunnel Syndrome your physician will discuss your medical history and general health. S/he might test you for other medical problems like diabetes or thyroid disease.

Your physician will then do a physical exam- that may include-

Most of the causes of ulnar nerve compression cannot be seen on an x-ray. However, your physician may take x-rays of elbow or wrist to scan for bone spurs, arthritis, that the bone may be compressing the nerve.

Sometimes, nerve testing (EMG/NCS) may be required to decide how well the nerve is working and help identify where it is being compressed. This test also checks for other problems such as a pinched nerve in the neck, which can cause similar symptoms. 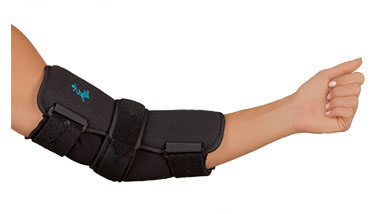 Anti-inflammatory medications may help control the symptoms. However, limit the amount of time you do tasks that require a lot of bending in the elbow. Take frequent breaks and modify your job activities.

A physical therapist will show you how to rest the elbow and how to do your activities without putting extra strain on your elbow. Your physical therapist may apply heat or other treatments to ease the pain. Exercises are used to gradually stretch and strengthen the forearm muscles. 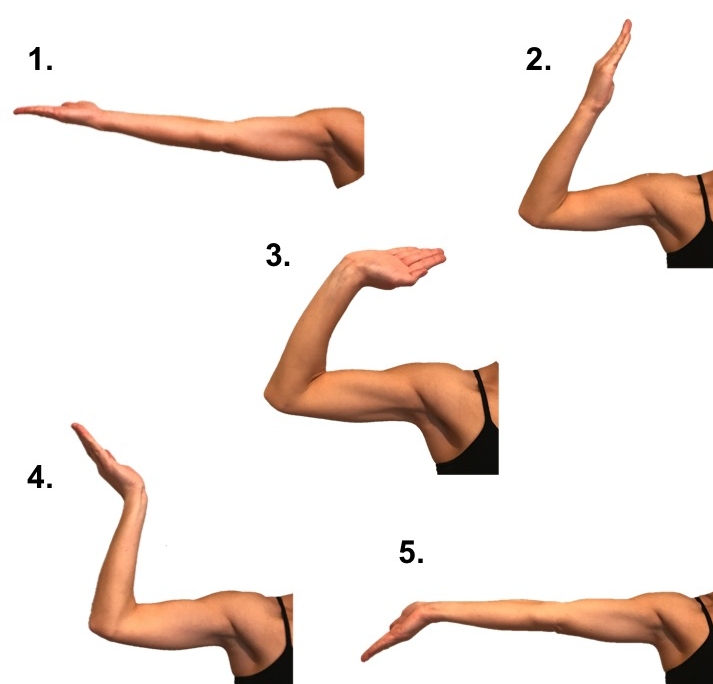 Your elbow will be placed in a splint and wrapped in heavy gauze, and elbow will be immobilized for three weeks. When the splint is eliminated, therapy will begin with passive movements. Your therapist gently moves your arm and gradually stretches your wrist and elbow. Active therapy starts six weeks after surgery. Light isometric strengthening exercises are started. At around eight weeks, you’ll begin taking more active strengthening. Your therapist will give you strengthening exercises in the wrist, elbow, and shoulder joints.