Strong ligaments hold the clavicle in place at either end. The shaft of the clavicle gives attachment to the muscles of the shoulder girdle and neck.

Parts of the Clavicle

Similar to other long bones, it has two enlarged ends- medial & lateral end, and an elongated body (shaft). The shaft is S-shaped, which is an important feature for its strength.

Lateral End: The lateral end of the clavicle is flat, attaches to the scapula and is known as the acromial end. It then ends by joining with the acromion of the scapula to form the acromioclavicular joint or SC joints. 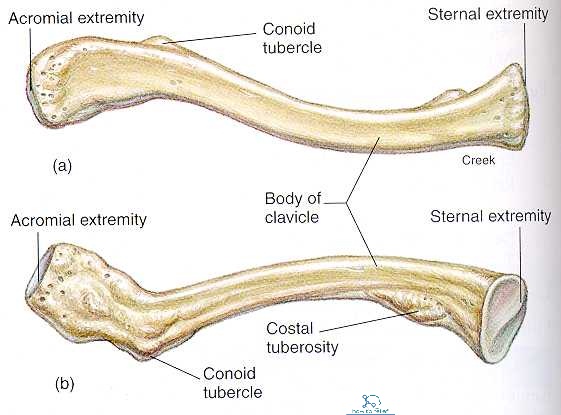 Shape of the Clavicle

The clavicle looks like an elongated capital S. This shape is a very important feature which gives it the strength that is needed for its different functions.

Muscle Attachments of the Clavicle 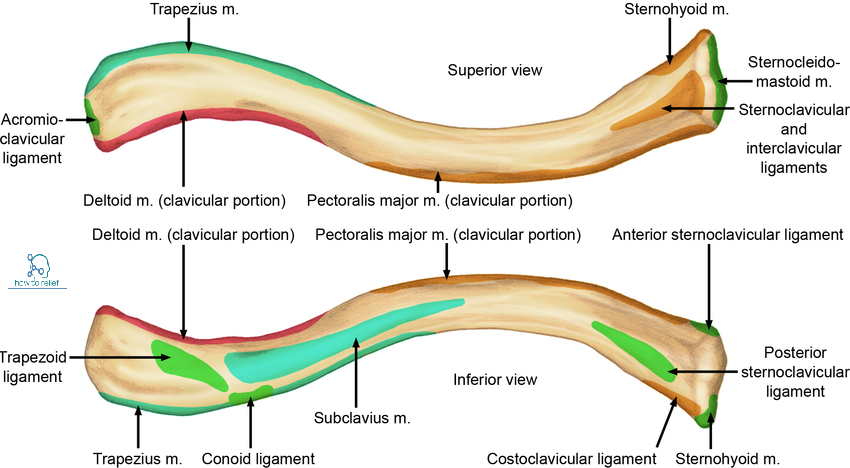 Location of the Clavicle

The clavicle is located at the top of the thoracic wall, just below the neck and to the sides of the sternum. It lies just above the first rib on either side of the anterior chest wall. The inner part of the clavicle is bound by the costoclavicular ligament to the first rib so that it does not elevate with the kineticism of the shoulder blade. 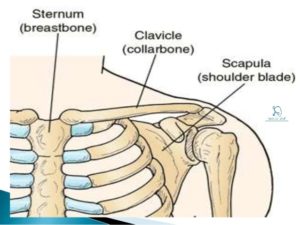 Functions of the Clavicle

Clavicle or commonly known as collarbone fractures are by far the most common cause of collarbone pain, and the most common bone to break accounting for about 5 percent of all adult fractures. Most commonly a fall onto the shoulder or on an outstretched arm or less often a direct blow to the collarbone or an RTA.

A broken collarbone can be quite painful and can make it difficult to move your arm. Collarbone pain notably feels if you place gentle pressure on the bone which may radiate to the shoulder, deformity and limited shoulder movement. 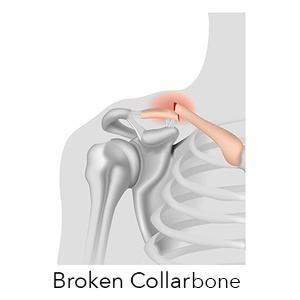 The collarbone usually heals in 3-6 weeks in children, 6-12 weeks in adults.  People usually make a full recovery by around 3 months.