Ankle Joint: The Ankle Joint, also known as the Talocrural Articulation, is a synovial type of hinge joint connecting the distal ends of the tibia and fibula of the lower limb with the proximal end of the talus bone.

Functionally, a hinge type joint, permitting dorsiflexion and plantarflexion of the foot. 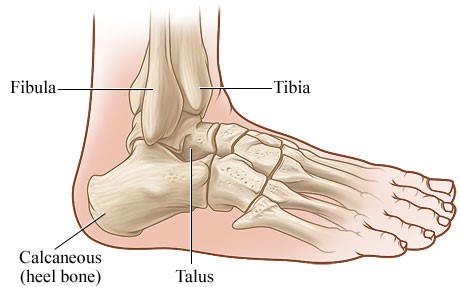 The ankle joint is composed of three bones; the tibia and fibula of the lower limb, including the talus of the foot:

The principal action of the medial ligament is to resist over-eversion of the foot. 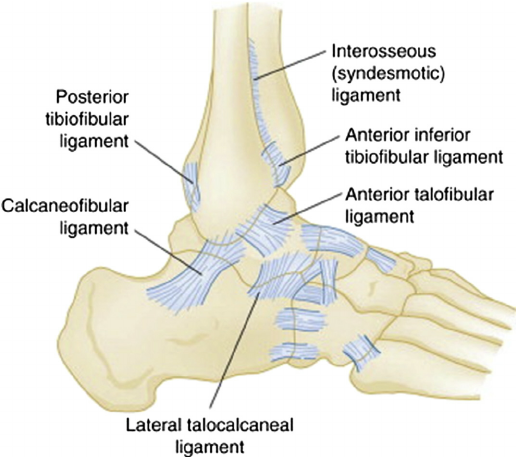 The lateral ligament arises from the lateral malleolus. It counters over-inversion of the foot. It is composed of three distinct and separate ligaments: 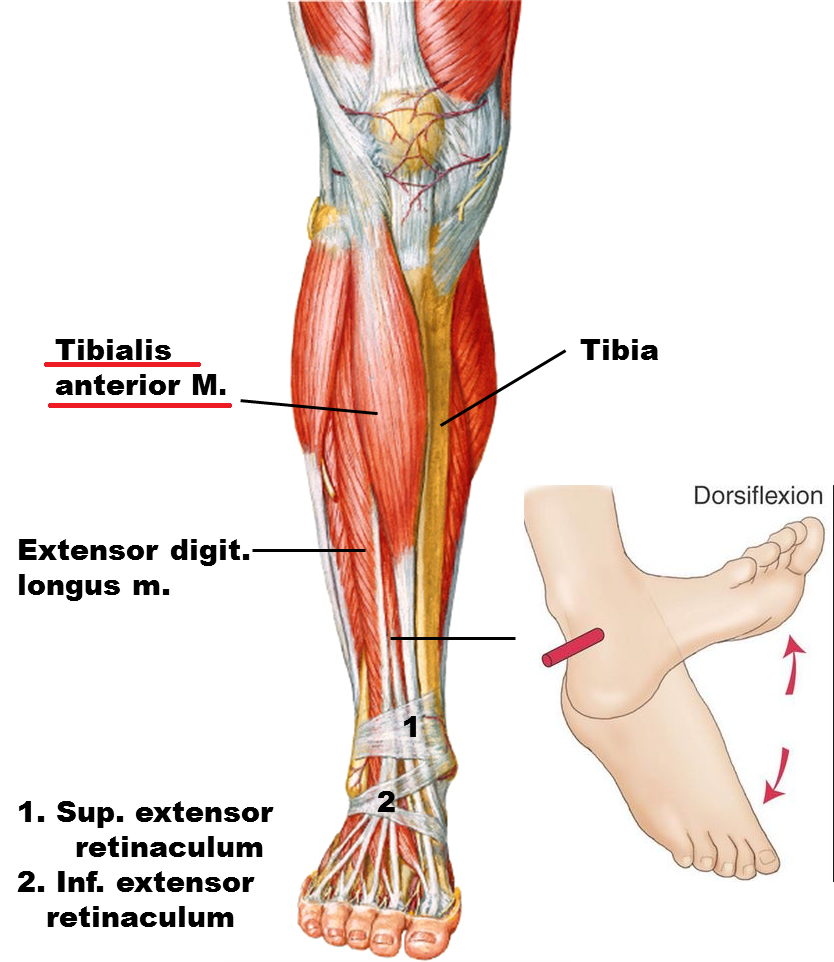 The ankle joint is a synovial type of joint, with movement only possible in one plane. Therefore, plantarflexion and dorsiflexion are the only movements that happen at the ankle joint. Inversion and Eversion are allowed at the other joints of the foot, such as the subtalar joint.

The arterial supply is received from the malleolar branches of the anterior tibial, posterior tibial and fibular arteries. Innervation is rendered by –